In response to recent COVID-19 concerns, we are writing to assure our clients that we are taking all CDC and state recommended precautions.

Would you like to switch to the accessible version of this site?

Don't need the accessible version of this site? 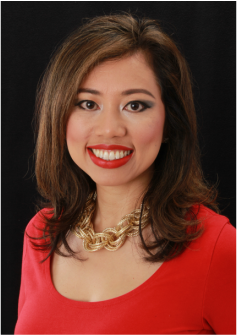 Choose a location to review

See all Reviews
Review Us

Background:  Ms. Reyes is an immigrant to the United States. She moved with her family from the Philippines to Orange County, California. Shortly after arriving, she moved to Washington, D.C. to work for international groups there. She enrolled and graduated from law school (Juris Doctor) and pursued her Masters Degree in Laws (LL.M.) in Washington, D.C.

After finishing her LL.M., Ms. Reyes moved back to California to work for global firm Deloitte & Touche, LLP as a Tax Associate. She later joined another global firm, Ernst & Young, LLP, as a Senior Tax Attorney. Ms. Reyes had high-profile clients in the high-tech and entertainment industries, including such giants as Broadcom, IHOP, Marie Callender's and Icon Productions.

Ms. Reyes later started her own legal practice as a Federal Tax and Immigration Attorney in Orange County, California, with clients from all over the United States and from countries around the world.

Degrees:  Ms. Reyes received countless distinctions for her academic achievements since her early school days. She received her Master of Laws (LL.M) from Georgetown University Law Center in Washington, D.C., Dean's List. She also graduated Cum Laude from the District of Columbia School of Law where she obtained her Juris Doctor degree. Ms. Reyes received the Joseph Rauh Equal Justice Fellowship Award during law school for her law clerkship with the Montgomery County Public Defender's Office in Maryland. She worked as a law clerk for the the Honorable Chief Justice William C. Pryor of the Court of Appeals of the District of Columbia. Ms. Reyes graduated with Honors from the prestigious Ateneo De Manila University, a Jesuit-run university opened in 1859 in the Philippines for her Bachelor in Science degree in Legal Management. Ms. Reyes also received several other medals and awards of recognition for her outstanding achievements in high school and elementary school.

The Law Offices of Bella Reyes, "USRN Recruiting & Visa Attorney" main office is located in Anaheim, California. We serve clients in the United States and internationally.

Attorney Advertising. This website is designed for general information only. The information presented at this site should not be construed to be formal legal advice nor the formation of a lawyer/client relationship. [ Site Map ]

See our profiles at Lawyers.com and Martindale.com